Chennaiyin FC is one of the eight teams competing in the Indian Super League (ISL). The team finished in first place in the league during its debut season, and won the prestigious title in the 2015 season. Chennaiyin boast of a huge fan base across the country, and has a massive following on social networks.

A Manchester United fan and an avid football fan, Mahendra Singh Dhoni entered the world of football by co-owning the Indian Super League (ISL) franchisee Chennaiyin FC. Dhoni was the fourth cricketer to join the ISL bandwagon. The addition of MSD boosted the Chennai-based team but moreover, it attracted a large chunk of fans to the league. 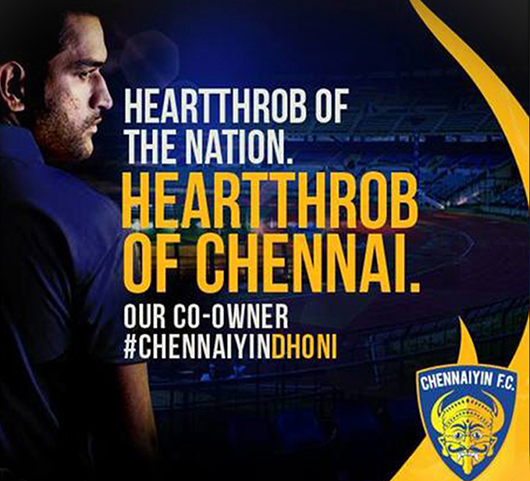